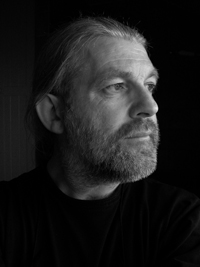 I was born in the Rotunda Hospital, Dublin on 13th March 1955, just a few days before St Patrick's Day.

My late mother Bridie told me that she got the best view ever of the St. Patrick's Day Parade that year, as it passed by the window of the maternity ward! I hope she was as pleased to see me!

I'm originally from Ballyfermot where I spent most of my early life, but Chapelizod has been my home since 1989. I live here with my 3 lovely daughters - see the Wallys in the News section. Chapelizod has a really nice social mix of people and it's one of the last old village communities of Dublin - a slice of country life in the city, yet only 3 miles to O'Connell Bridge!

I've been taking photographs since about 1978, which is "sooo pre-digital" . I have quite a lot of film and printing experience as a result - particularly in Black & White photography. I changed over to digital in around 2003 and don't miss the chemicals one little bit!

I've had my photographic work exhibited at various Group Shows over the years, but my biggest photographic venture was in 1988, when together with my friend Paddy Logan, we created a Multi-Media Exhibition entitled "Faces". It was held in the Royal Hospital Kilmainham [RHK] and it ran for the month of May, in what was then the Millennium Year in Dublin - or the Aluminium as it was known to Dubliners! It was oficially opened by Michael D. Higgins TD, now Uachtarán na hÉireann, a decent, artistic & cultured man.

Among my many other interests is Music and though I don't play any instrument I love listening to Irish Trad and Folk Music, which also offers me lots of photographic opportunities, in pubs, fleadh's and festivals...I get bored if I don't have something to do. If publicans switched on a few more lights I'd be a happy man - I'm all for atmosphere in a pub but some more light would be nice!

Its hard to beat a live trad music session, played in good company, and served with cold beer...provided you're not driving of course...don't want the ethical police complaining!

but that's enough about me...